If all the outocmes of an experiment are equally likely, the probability of an event \(A\) occuring is given as:

\(0\) probability means an event won’t happen. It means it is extremely extremely unlikely to happen.

Everytime we are given a new information, we should revise our beliefs.

From the above equation we can also write that 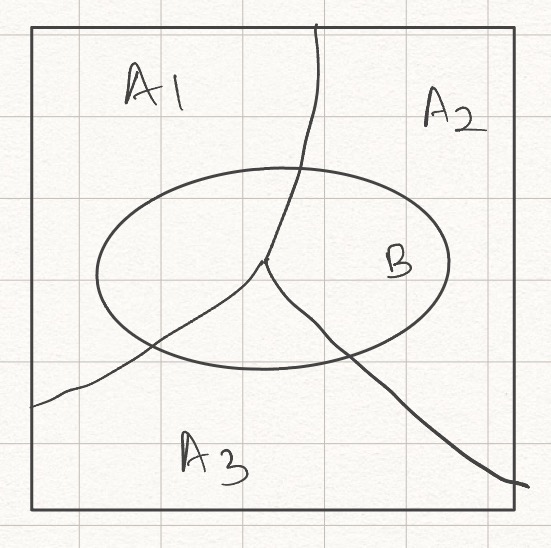 Bayes’ rule tells us that given an effect \(B\), what are the chances of the cause being \(A_i\).

Mathematically, we can write it as

In case of two independent events,

Given an event \(C\) has occured, two events \(A\) and \(B\) are said to be conditionally independent, if